The man with a white beard wearing a grey jubah and skullcap cuts a grandfatherly figure to the young teens under his charge. It is a weekend and the 14 – 19 years olds listening to him look like they’d rather be hanging out elsewehere.

When he asks his young audience who among them were forced into coming here, 26 hands go up. But as a child / clinical psychologist, who was also trained in nuclear electronics and theoretical physics, Professor Muhammad al-Mahdi knows how to win their young hearts over. The chooses science to stir their curiosity, so he asks them if they would like to be in charge of 10,000 billion stars in the universe.

“That usually gets their attention,” says Muhammad, who is conducting a six-hour talk on what he calls ‘the drifting youth programme”. Parents enrol their children in the programme because they believe their children have drifted from the teachings of Islam.

“I impress upon them that Islam is not all about praying, reading the Quran or fasting. It is also about learning about how the universe works and why things are the way they are. I explain everything scientifically. There now exists scientific proof of the existence of God, based on the universally accepted facts of modern physics,” says Muhammad, who was an atheist before converting to Islam at the age of 35.

The 62-year-old American made Malaysia his permanent residence five years ago because he feels that Malaysia is the best place for a Western Muslim to live in. A former research director with the US Office of Child Development, he has developed children’s values education programme for primary schools in the US and was a chief psychologist for a nationwide federal early child development programme in the US called Head Start.

When he first came to Malaysia 17 years ago, he took charge of the ‘Malaysia: Nation of Character’ programme for the National Population and Family Development Board, worked on a parenting programme for ABIM (Muslim Youth Movement of Malaysia) and lectured for SABA Islamic Media on parenting and Signs of the Creator. He now runs what is claimed to be one of the world’s largest Islamic website (islamic-world.net), visited over 2.5 million times each months from 130 countries.

Last year Muhammad set up Khalifah Institute as a private Islamic charitable trust, and developed a parenting programme which he says is designed to help parents raise their children to become responsible citizens with excellent character who can succeed socially, academically and professionally in the modern world.

With about 20 volunteers (all of whom have PhDs in various disciplines), he organises talks on parenting and relationships for parents, teachers, children and corporate clients. The audiences are predominantly Muslims but when necessary the talks can be opened to other faiths.

Muhammad says it is a known fact that every nation in the world is presently suffering from the problems caused by the fast deteriorating behaviour of their youth. Problems such as drugs, crime, violence, sexual immorality, a general lack of positive values, declining motivation, and a feeling of hopelessness for their future, says Muhammad.

Very much aware that youth today would not be interested in anything that sounds preachy, he focuses his talk on ‘Can I be ‘cool’ and ‘Muslims?”

“The dilemma of our youth today is how to be Muslim and still fit in. Almost always, when I ask the teenagers what their daily concerns are, they say it is the pressure to have sex. Some of them are as young as 14 years old and they are in a dilemma as to whether they should give in or risk being ridiculed when they don’t. It does not help when they see that pre-marital sex is an accepted practice on television, at the movies and among the people they admire, usually Western artists,” says Muhammad.

So when this question arises he explains what an unmarried boy and girl can do. They youngsters are asked whether they can live by that rule (no kissing, cuddling, or sex), and they invariably say no. Muhammad then tells them that perhaps there is a reasonable cut-off point that they can agree to.

“I realise that this is the not best practice as a Muslim but we have to be realistic. At least we have put it in their minds, that there is a limit to what they can do,” says Muhammad.

The youth are also asked who they think is the coolest person, and most of the time the answers would be singers, such as Britney Spears, or actresses. Muhammad then asks them to list what makes a person cool.

Later he asks them to consider someone who he thinks is ‘the coolest guy on the planet, Prophet Muhammad.

And I go into examples of the way he lived and the things that he did which make me think he is cool. You can see the children going, “‘Ooh’.”

According to Muhammad, the Khalifah Parenting Programme provides parents and teachers with simple techniques to help solve these problems.

“It is designed to help bring about positive social transformation and alter the consciousness of society in such a way as to result in individuals who will have good understanding of the difference between right and wrong, a great love in their hearts for all that is right, and a strong dislike for all that is wrong,” says Muhammad.

To illustrate his point, he relates the story of Prophet Muhammad who came upon a boy who was throwing rocks up a date tree to get the dates. Instead of scolding the boy, the Prophet reasoned with him. He said that the tree is also God’s creatures. Instead of hurting the tree, the Prophet told the boy to be patient and wait for the dates to fall on their own, and by doing so the boy would get to eat sweet, ripe dates.

“I do not believe in physically hurting a child to teach him right from wrong. Reasoning with them will get the message across much better,” says Muhammad.

Ideally, these simple techniques should be put into practice when the child is very young, before they are exposed to the many negative influences of life in the modern world.

“I believe the process should start the moment the mother is pregnant. She can read or play music to the child, eat healthy food and be emotionally stable. The child may not understand the sounds that he is listening to but later in life, whenever he listens to the same thing again, he will be transported back to that pleasant and protected period in his mother’s womb,” says Muhammad.

The same techniques can be just as effective on teenagers – although admittedly it is more difficult because parents must overcome the extra years of negative influences – provided they are put into practice diligently and consistently, he adds.

Parents have to find several positive ways each day to remind their children that they are responsible and accountable for their actions, whether good or bad. While teaching children to know and understand this it is good to be specific about their responsibilities, which include helping others become good and making the world clean and beautiful.

“At least several times a day, find different ways to reward your children, mainly with warm and loving praise, for good things they do or good characteristics that they show. Also set firm, reasonable rules for your children, and explain the reasons for these rules. Apply these rules consistently, with kind discipline, which means without harshness,” says Muhammad.

Sadly, Muhammad lost touch with his 40-year-old-daughter and 38-year-old-son when he was divorced from their mother back in the US. The last time he saw them, the eldest was eight years old. He has used detectives to track them down over the years, but his efforts have been unsuccessful.

He has never remarried because he was busy trying to find religion, and when he decided that he was ready to do so a couple of years ago he was diagnosed with incurable cancer in June 2003 and was given three months to live.

“It would not be fair to get married knowing that I will not be around much longer. And now my priorities are to write, and give talks on the subjects close to my heart and train others to carry on the work after I am gone,” says Muhammad, who has so far exceeded the doctor’s deadline by 20 months. 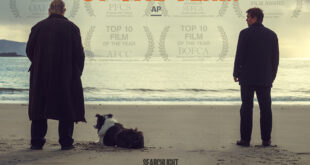 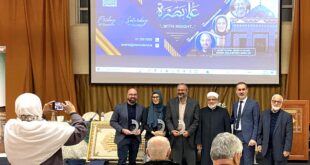 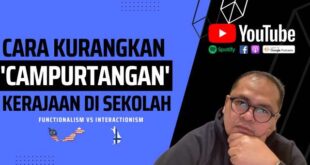 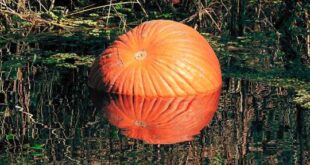