Brothers and sisters, members of this blessed congregations,

I am reminding you and myself, to renew our gratitude for Allah, and have the quality of taqwa to Allah SWT. Kullu ‘ām wa antum bi alf khayr.

This is actually a very long period of time between us and Prophet Muhammad PBUH.  The gap between Muhammad and ‘Isa PBUT is around 600 years, and now we are more than double of that period… so distance away from the origin of our faith, the source of our deen. So, how do we know that we receive the message as it was, and inherit it to our children, the next generation?

It was exactly on a day like today, our Prophet Muhammad PBUH said in Arafah, “فليبلغ الشاهد الغائب”, “let each of us who presents conveys to the absent one.” It is how Islam reached us, by passing it from one to another, one time to another, one generation to another, and here we are today, so far away in a foreign land, celebrating our Eid, the Eid al-Adha.

The celebration of Eid al-Adha reminds us about the Hajj. It is the fifth pillar of Islam. Every single Muslim, who has the capability to perform Hajj, is obligated to do so, once in his or her life time. There are many wisdoms behind the performance of Hajj.  It does not only benefit the pilgrims for their spirituality, deen, and Hereafter, but also for their social quality and the ummah as a whole.

At least once, a Muslim will leave his or her village, travel to the land far from home, meeting people from all four corners of the world. This international vision of Hajj is important to shape a global mindset of the Muslims, knowing that he or she is a part of a larger community. Remember what Mark Twain used to say, “Travel is fatal to prejudice, bigotry, and narrow-mindedness, and many of our people need it solely on these accounts. Broad, wholesome, charitable views of men and things cannot be acquired by vegetating in one corner of the earth all one’s lifetime.”

More importantly, Eid al-Adha brings us to remember our beloved prophet, who is considered as the father of the prophets, Ibrahim ‘alayhi al-Salam. It was the history between him and his son that signifies the udhiyyah or the sacrifice, as well as most of the rituals in Hajj.

In this khutbah, I would like to invite us all, to reflect on Ibrahim and his family as how we can learn, and apply these lessons to our family, which Allah grants us as a trust.

When Prophet Ibrahim ‘alayhi al-Salam was instructed to leave his beloved son and wife on a barren land of Makkah, he made a du’a with a heart full of both willingness and concern, as was recorded in Surah Ibrahim verse 37:

My brothers and sisters,

Just think about it – would any of us here be willing and resilient enough in our faith to leave our family in such a situation?

Imagine now, the situation of Hajar, who was left all alone with the responsibility of caring for a tiny child and without any provision. Our Prophet Muhammad PBUH narrated in a hadith reported by al-Imam al-Bukhari, that when Hajar was on her own with a crying, hungry baby, Allah made the Zamzam water spring forth for her, bringing comfort and ease to the restless heart of the mother.

With the barakah of this blessed family’s resilient faith, Allah protected and kept them safe. The barakah of their prayers has made Makkah a city which people across the entire world have fallen for and yearn for until this very day. This is exactly like what Prophet Ibrahim ‘alayhi al-salam asked for in his du’a.

The test from Allah on Ibrahim’s faith continued and getting even bigger.

We know from the history, Ibrahim has his son a bit later in his life. The son was most awaited. And his love for Ismail was so deep which is understandable for a father longing to have his own kid.

But, Ibrahim is the Khalil of Allah. It is hard to translate the word Khalil to English as it might drop the full meaning of it. Khalil is not simply a lover or the loved one as in Habib and Mahbub. The love of a Khalil is not al-hubb, but al-khullah, which is the highest form of love and an absolute exclusive one. That is how Allah describes the love between Ibrahim, His servant and Him as his Lord.

This is also similar to the status of Prophet Muhammad PBUH, who was also a khalilullah. In one hadith, he said:

”If I were to choose a Khalil, I would have definitely chosen Abu Bakr as my Khalil, but he is my brother and my companion. And Allah, the Exalted and Gliorious has taken your brother and companion (meaning Prophet himself) as a Khalil. (Muslim)

The love between Ibrahim and Allah is absolute.

What about his love to his son Ismail?

That is when Allah put Ibrahim’s faith and love into test. Will there be a contradiction between loving Allah, and loving his own son, Ismail?

That is when Allah commanded Ibrahim to sacrifice his son, Ismail.

Here, there is also an important lesson that we can learn from our Prophet Ibrahim ‘alayhi al-salam. We know he is khalilullah, who will never disobey Allah. Who will do exactly as he is told. But, look… at the most certain commandment from Allah that leaves no other option, Ibrahim still ask the opinion of his son, Ismail.

This is a huge lesson for us as parents. Being kind to children is a sunnah. Rasulullah PBUH said:

“He is not one of us who shows no mercy to younger ones and does not acknowledge the honour due to our elders” [At- Tirmidhi and Abu Dawud].

Loving and being kind to our children is not simply by kissing, hugging and providing them with their needs. It also includes listening to their thoughts, getting feedback from them and make their opinion matters. This is something alien to the culture of some people even among Muslims, thinking that we the adults should dictate everything for the children, leaving them unheard, and failed to develop their character in becoming compassionate adults, with empathy.

We live in a country like Finland, the way our children construct their understanding about deen, their faith, and worldview, might be different from ours. Each year they grow older, our influence on them decreases, and recognition of peers is getting bigger and more important to them. It is a huge challenge, and the safety net we need to provide in our parenting is to continuously communicate with them, ask them sincerely, and let them speak their mind. They might say things we don’t like to hear. But that is the whole point of listening. We listen because we seek first to understand, then to be understood.

Let us continue to follow the examples from all the Prophets of Allah ‘alayhim al-solāt wa al-salām sent to mankind with all the goodness.

Part of the khutbah is credited to MUIS Download (Aidiladha Sermon) Resilience of the Faith as a Driving Force for Success in this Life and the Hereafter (PDF, 626KB) 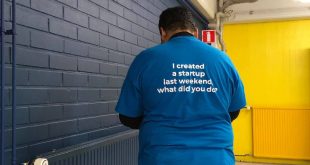 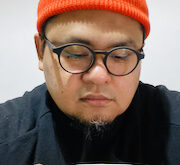 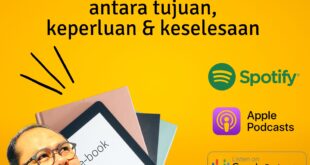 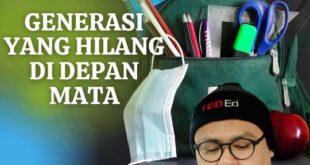